It's been a cold and sunny December so far at my house. I like these days because being outside in them is so stimulating. Sadly, I'm only seeing fragments through the window of my basement apartment because I've been down the rabbit hole working on new songs. When your in that place, all you can do is madly compose for days on end and when absolutely necessary, you come up for a snack. It's fun, its compelling and its the best way I know to get the music from my head, to my hands, to my guitar and finally onto a recording machine that will remember the tune if my over filled brain forgets. 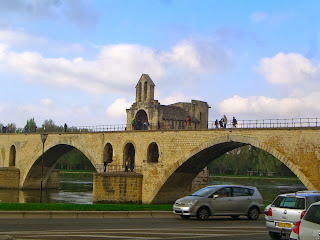 My house can be cold in the winter and sometimes, really dry. Wearing a big sweater and an extra pair of socks works brilliantly for me but my guitars really don't like the cold. Cold dries the air and the beautiful woods used in the construction of guitars scream at you as they lose their moisture. Humidifiers work nicely but they add more electrical cords competing for the already limited plug space. And then there is the problem of having to fill them with water which more than occasionally I forget about. Yes, I've also lost a few plants to for the same reason and probably a girl friend but being down the rabbit hole is like that. It's the price you pay for having ideas running around in your head.

Looking out my window today with the sun reflecting off a half frozen puddle in the yard and snow crystals hanging in the air - I squint, look away from the window and catch a glimpse of myself in the mirror. I see a younger version of me sitting in the town square in Avignon in the south of France on a cold sunny winters day, lost in thought, imagining the short and spectacular life of snow flakes falling around me. 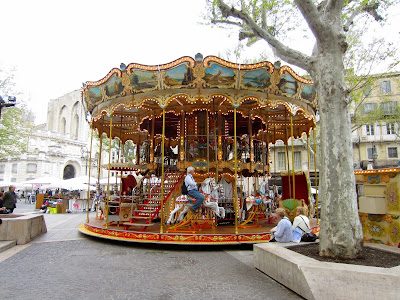 Fortified by wine and cheese, I sat quietly watching the flakes collect on a near by carousel and lost in the magic of it all, I remembered a song we used to sing in school when I was a child in Montreal, something about dancing on a bridge in Avignon - Sur le pont d'Avignon l'on y danse, l'on y danse. It's curious that I had to come so far in my life and so far from home to discover something about a song that has been in my head forever. The song was written by an anonymous composer back in the 15th century. But siting there with my bottle of Châteauneuf-du-Pape , I had no sense of who wrote the song, only that it mattered in my life. And maybe that connection is why some music lasts forever.

Something about that place and that moment was overwhelming. I saw a snowflake fall on to the carousel and it occurred to me - if the carousel was spinning it would alter the course and the life of the snowflake. Not too different from how our lives and journeys unfold - because you never know when you are going to be on that spinning wheel with life changing events you will have to navigate. So it was, I composed an instrumental of the song that had an older french feel in regards to music - though I don't really know what that is.

The song sounds sad because the snowflake was by itself - though it could have been one of millions falling. It's symbolic, I suppose that everyone in this world has a grand entrance and a grand exit - ours to embrace or to fear. Then we retreat to mother earth. I wonder if we are the physical aspect of the earth experiencing itself? 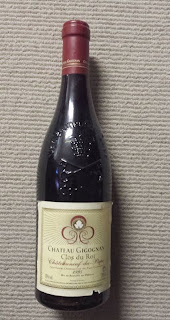 Here’s a performance of the song on a standard guitar

Merry Christmas everyone, may the new year find you dancing on the bridge in Avignon. You may see me there because all those years ago, I bought a second bottle of Châteauneuf-du-Pape, 86 and promised myself I would return to town square to open it, and live in that moment as snowflakes forever have.

Maybe we will see each other there...